Nope, the Japanese weren't the first humans on earth

Mahikari promotes the “true ancient history” of Japan — Japan is much much more ancient than any “so-called archaeologists” and “scholars” have determined using, you know, science. The actual earliest known Japanese pottery dates from the Jomon Period (14,000 BC to 300 BC). 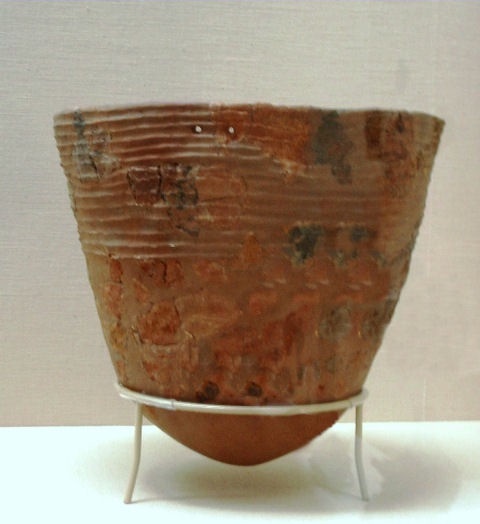 However, they want to prove the Japanese are much much older, to prove they were the first humans on earth, the original race, which all others came from.

It is the original place where God created spiritual forms and spiritual images of all with the Art of Mu-u (from nothingness to the existence with power). He placed O-bito (the King race [the Japanese]) here and dispatched all five races throughout the world as branch races.” — Goseigen, “Mankind, Make your spiritual origin clear”

They especially want to be proven to be older than the Chinese. This isn't a desire just within Mahikari, either.

In 2000, amateur archaeologist, Shinichi Fujimura, admitted that he had been planting pottery fragments in really fucking old (like 600,000 years old) layers of earth for years, and then “discovering” them. Before his confession he was said to have “god's hands” because of his “uncanny” knack of finding these super ancient find (ie the stuff he'd buried), and proving that lo and behold! the Japanese were making this cool pottery 600,000 years ago, and bam bitchez, they're much older than the Chinese!

Oshienushiama (the second leader of Mahikari) gleefully reported these findings in 1996, saying they proved the ultra ancient history of Japan:

In recent years, the discoveries of the Zazaragi and Babadan sites in Miyagi Prefecture have shown that Japan's palaeolithic age began more than 100,000 years ago. These findings have forced scholars, who had argued against it, to accept the existence of such an early palaeolithic period for Japan.

Furthermore, in 1994, a surprising discovery was made at the Kamitakamori site, also in Miyagi Prefecture. Splendid stone tools from the palaeolithic period were found in strata dating back all of 600,000 years, which is 100,000 years earlier than the appearance of Peking man. — Oshienushisama, A Major Turning-Point in the History of Humankind, 5 October 1996

But if she was really so damn holy, she would have known these were a hoax. Surely Su God, who sees and knows everything (apparently), would at least have given her — His one true representative on earth — a bit of a heads-up? But no, seems she was just operating from plain old “useless human knowledge”, like the rest of us.

If you want to read about this in much more detail, check these out: